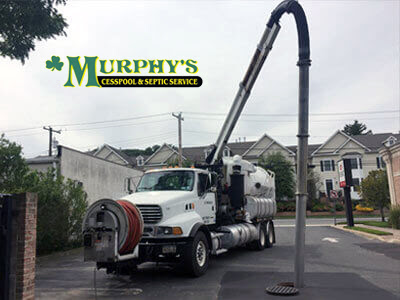 Murphy's Water Removal | Vacuum Truck Service Murphy's Cesspool and Septic tank service company is a licensed and insured company that has grown to a successful business for three key reasons: Honesty, Professionalism, & Superior Service. What separates us from our competitors is that we aim to focus on quality service and customer satisfaction while building a “one to one” personal relationship with each of our clients.
Please contact Murphy's Cesspool & Septic Tank Service today for all your drainage & sanitary needs.
There are different types of Vacuum Trucks used for different applications. Some trucks are used for septic and trap grease services. These trucks have a tank and a vacuum pump to suck wastewater or other non hazardous, non-flammable-liquids. These trucks are used toservice cesspools, sewage ejection pits, haul industrial rinse, grease traps, and rain water throughout the Nassau & Suffolkcounty area. Am…
Post a Comment
Read more 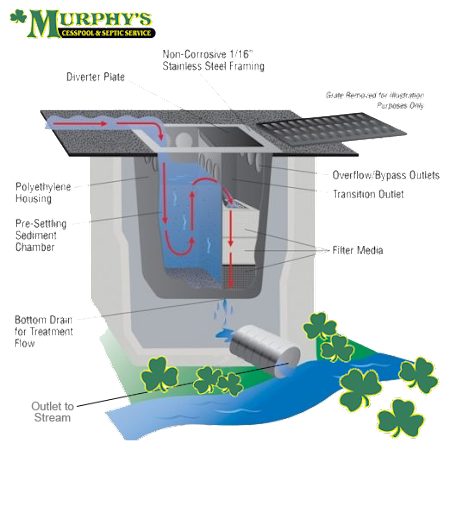 How Do Catch Basins Work?
What Is A Catch Basin? Catch Basins often referred to as Storm Drains, essentially catch rainwater, dirt, and floatable debris. Floatable Debris can be organic and inorganic materials. Examples of organic material leaves, sticks, soil, and grass. Examples of inorganic material are things like plastic bottles, coffee cup lids, Styrofoam or extruded polystyrene foam, cigarettes, even car parts. There are metal hoods that cover the outflow pipes. This keeps most foreign material in the catch basin. Now some older catch basins dont have hoods on the pipes going to other drainage structures which allow floatables to escape the catch basin and infiltrate other structures such as dry wells, inverts, head walls, sewer systems. Catch Basins can flow directly to a sump, brook, creek, river, lake, bay, and sometimes right to the ocean. It is not uncommon to find used engine oil, antifreeze, and other common solvents and toxins inside of catch basins. I have also found ani…
Post a Comment
Read more 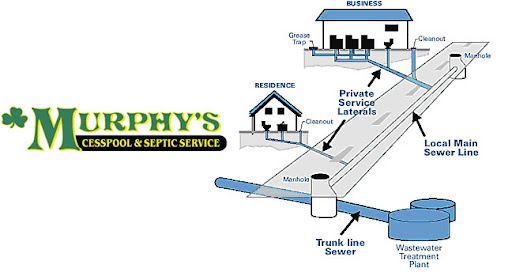 Sewer & Drain Repair | Nassau & Suffolk County, NY
Murphy'sSewer & Drain ServiceSuffolk County, Long Island, NY In the ideal case, a Sewer System is completely gravity-powered, like a Septic System. Pipes from each house or building flow to a sewer main that runs, for example, down the middle of the street. The sewer main might be 3 to 5 feet (1 to 1.5 m) in diameter. Periodically, a vertical pipe will run up from the main to the surface, where it is covered by a manhole cover. manhole cover allow access to the main for maintenance purposes.
The Sewer Mains flow into progressively larger pipes until they reach the wastewater treatment plant. In order to help gravity do its job, the wastewater treatment plant is usually located in a low-lying area, and Sewer Mains will often follow creekbeds and streambeds (which flow naturally downhill) to the plant.
Normally, the lay of the land will not completely cooperate, and gravity cannot do all the work. In these cases, the sew…
Post a Comment
Read more


What’s A Drywell?
A drywellis an absorption system burried under ground usually in the shape of a cylender. Drywells cylendars are usually a tall with concrete with holes in the side and an open bottom. (see bottom right side)

Drywell Installations & How They Work Drywells are installed by digging a deep hole, usually near the septic tank, and setting the drywell in it. Gravel is usually dumped around the outside of the drywell and a lid put on top. The drywell is then connected to the septic tank with piping and the whole thing is covered with soil. Effluent enters the drywell from the septic tank and then exits out the holes in the side and seeps into the soil that surrounds it.
Drywells were also constructed of brick. These were built as upside-down cone shaped structures constructed inside a large hole. Once completed, they were carefully covered up with soil (backfilled). Some have small lids at the top of this cone. This lid is often accessible from the g…
Post a Comment
Read more

A grease interceptor collects grease from a kitchen area. All waste products enter the grease trap as seen in the diagram. Water flows on the pipe on the left side. Gray water it's coming from the kitchen area entering the grease interceptor and collects in there. The grease and heavy materials collected will basically separate from the water and on the second tank of the grease interceptor as you can see in the diagram will pass through this pipe with cleaner water. The water in this area will collect without debris because it will be left on the other side of the tank. Grease interceptors need to be maintained. Grease interceptors must be cleaned, maintained, emptied it out after a certain timeframe. That timeframe for maintenance will depend on the volume of usage and tank capacity. Please contact Murphy's Cesspool & Septic Tank Service today for all your grease trapcleaning needs.


Grease traps range in size. Anywhere from large commercial grease separators that have over a few thousand gallons in capacity. Down to smaller kitchen systems that can be recessed flush to the floor. They can fit under commercial sinks as well. All grease traps have solid bottoms. Grease trapshave an outlet pipe and an inlet pipe separated by one or more baffle walls. These walls allow for the sorting of floating grease and other kitchen waste. These baffle walls allow for water to flow above certain baffles and below other baffles. This staggering process traps solids and sludges on the bottom of the grease trap as well as the top. When the grey water exits the outlet pipe after the baffle or baffles. It is then conveyed by pipe to either a leaching pool, a cesspool, or a sewer system. On Long Island grease systems typically will never be hooked to a leaching field. Whereas, other areas ofNew York grease trap systems may have different outflow option…
Post a Comment
Read more